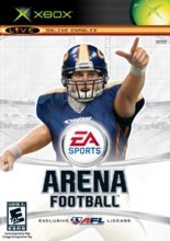 It's different indoors: the speed, the scoring, the spectacle. Experience the intensity and passion of the indoor gridiron for the first time with EA SPORTS Arena Football. Non-stop passing thrills are brought to life as you’re thrown into the middle of the action from opening day all the way to the ArenaBowl.