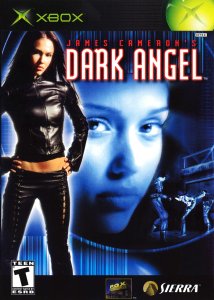 In the not so distant future, roughly twenty years ago, “the shock” (a worldwide electro magnetic pulse) destroyed all computer systems. This caused governments and financial systems to crumble. The loss of all computer stored information also brought total anonymity to about 5 billion people. During these years of turmoil, several military and paramilitary fractions rose to power and without law and order they did as they pleased. To fortify their individual position, criminals formed groups and searching for better and more powerful weapons. Meanwhile a company named Manticore Genetical Engineering was developing the answer they were seeking. Manticore began genetically manipulating DNA, produced babies, and then raised and trained these children for a single purpose – to be the ultimate war machines. However, a few of them managed to flee from Manticore and disappeared into the anonymity of a post-shock world. A female named Max Guevarra was one of them. Now in her twenties this young woman is still hunted by Manticore as well as several other companies, all wanting to get hold of her precious DNA to reproduce it. Will Max ever be free?

The game itself is based on a storyline very similar to the main plot. A company called -I- Corp is after Max and other genetic soldiers. Basically, you have to fight them off as you fight for survival.

Dark Angel is essentially a fighting game, but it could have been more. It’s possible that when the series was cancelled (although there are recent rumours of a possible third season) the budget for the game was at the least reduced and the developers had to drop a few ideas. The most notable missing feature which should have been implemented is stealth. Just like the stealth expert Solid Snake from the Metal Gear Series, Max can stick to walls and peek around corners. But there aren’t any levels designed to focus on stealth? Unless the game is played on the highest difficulty setting, hiding is pretty much a waste of time, as Max is strong enough to cut through enemy troop concentrations without even breaking a sweat. The problem with the highest difficulty setting is not so much that you won’t be able to win the battle, but often it’s more difficult to manage to defeat the enemies within an allotted time. Occasionally during a battle, a timer for incoming reinforcements starts and if you run out of time before the last enemy bites the dust, it’s Game Over.

The levels generally stick to the dark, post-shock world of the series. However, the fact that there are only two main settings for the levels, sterile labs and gloomy streets, can get a little boring after a bit.